Outrageous photos from an anti-SB 1070 rally

These photos were sent to me by a good friend who served proudly under the American flag. These types of insults say more about the content of the perpetrators’ character than they do about the SB 1070 controversy. The commentary that accompanied the photos speaks for itself.

“I have permission from the person that took these pictures to pass them around.  They’re being sent to some news stations as well, although I doubt they’ll air them.  So please pass these around to all those you know, let people see how the illegals who broke our laws by coming here really feel about us!

Photos from the Anti SB 1070 Rally in Phoenix on Saturday, July 31, 2010. If anyone has any doubts about what these illegals think of us and our country, check out these pictures taken by an acquaintance of mine who went to the rally in Phoenix the Saturday following Judge Susan R. Bolton’s ruling in response to the SB 1070 lawsuits.  The illegals had written all over the AZ and US Flags, laid them on the ground, and were walking on them! 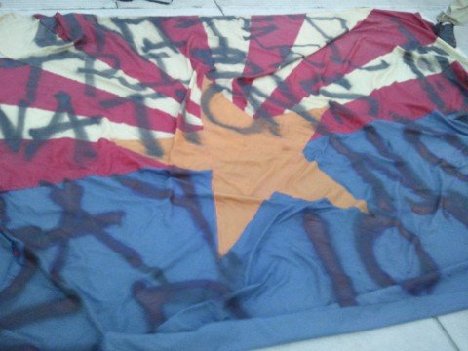 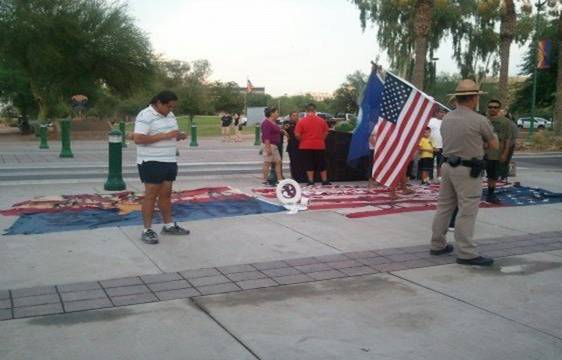 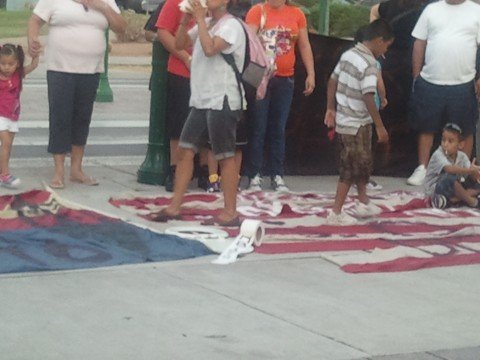 Notice the roll of toilet paper in this one. 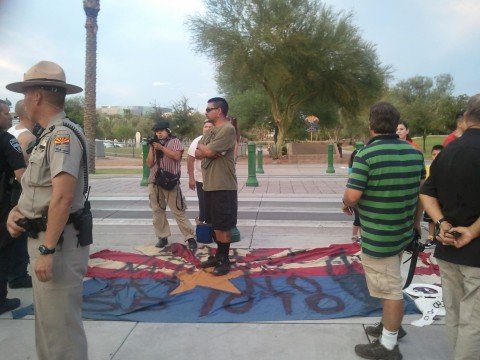 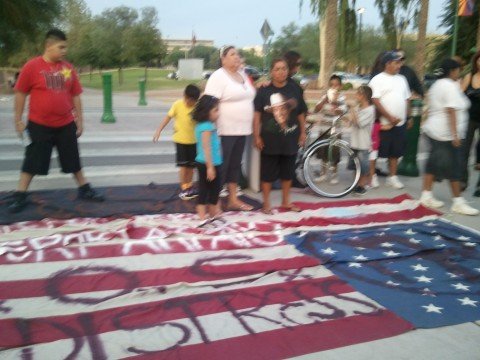 “Another acquaintance had this to say:

I shared those pics with my best friend who is a cop/detective. I asked him why nobody was punished for desecrating our flags. His response follows.
‘In response to your question about the legality of Desecration of the American Flag, you are correct, this is illegal. However, it is a crime with the Federal Government. Meaning the Feds will have to prosecute for the crime and considering they will not prosecute for illegal trespassing into the Country, what makes you think they will prosecute anyone for spray painting and walking on an American flag?????’

I don’t know about you people, but I’m outraged over all of this!  Judge Bolton did nothing but to empower the illegals and their bleeding heart liberal supporters!  When is enough going to be enough?”